Hungarian Interchurch Aid - Hurts Me Too 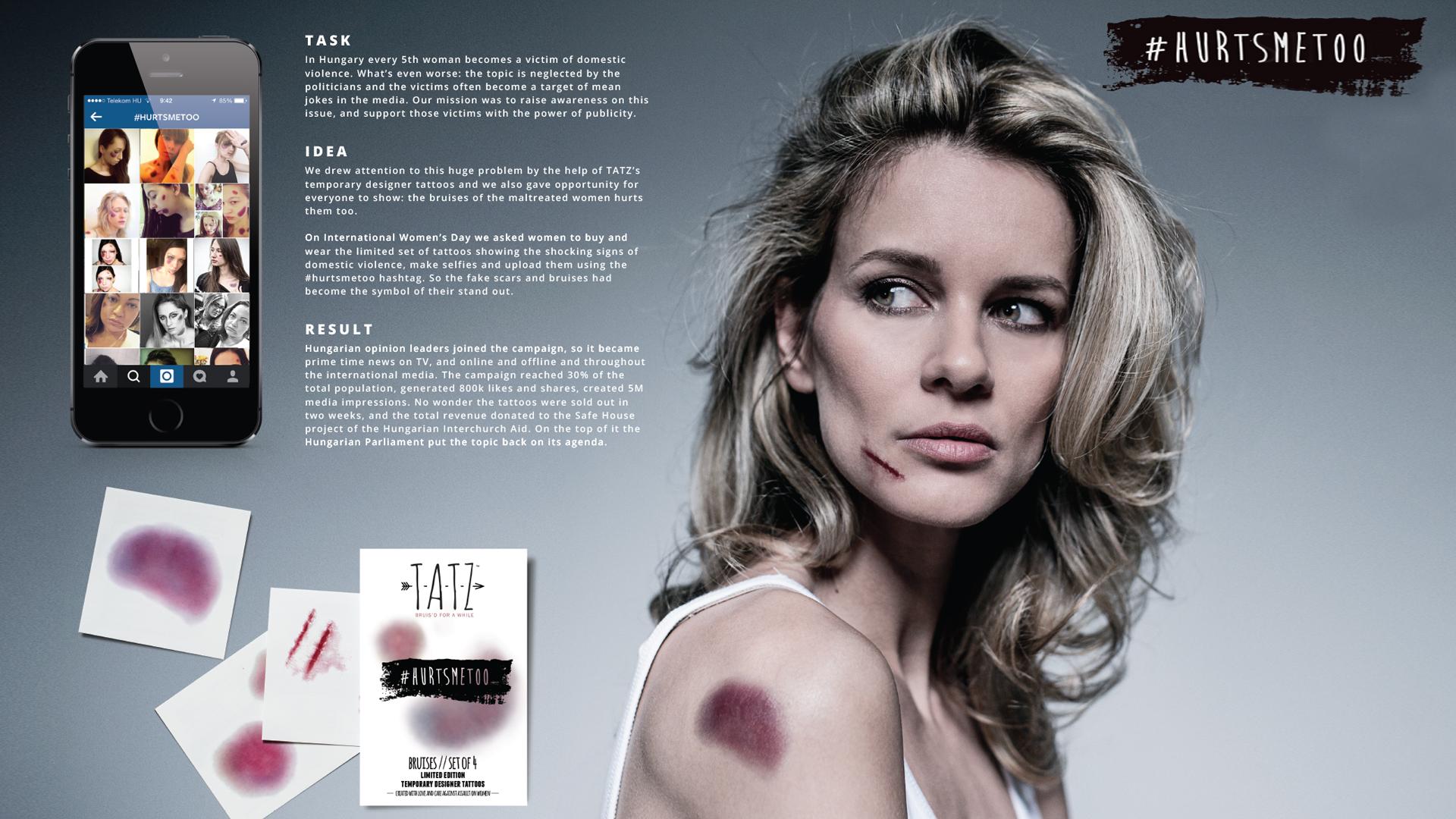 In Hungary every fifth woman becomes a victim of domestic violence. What’s worse, they are afraid to ask for help because they think they have to face their problem alone. What if we could make every woman stand out for the victims and prove that they share their pain? Let’s give them a simple tool that shows that their bruises hurt us as well. So we teamed up with Hungary’s trendiest temporary tattoo brand and created a limited edition set of fake scars and bruises against real ones. All you had to do is put them on, share a photo of yourself and use the hashtag: #hurtsmetoo We launched the campaign on Woman’s Day celebrities volunteered for our initiative. Woman with bruises became a hot topic, the issue traveled through the media and became prime time news instantly. All the tattoos were sold out in two weeks and the whole revenue donated the Safe House program of the Interchurch Aid providing shelter to mistreated woman.