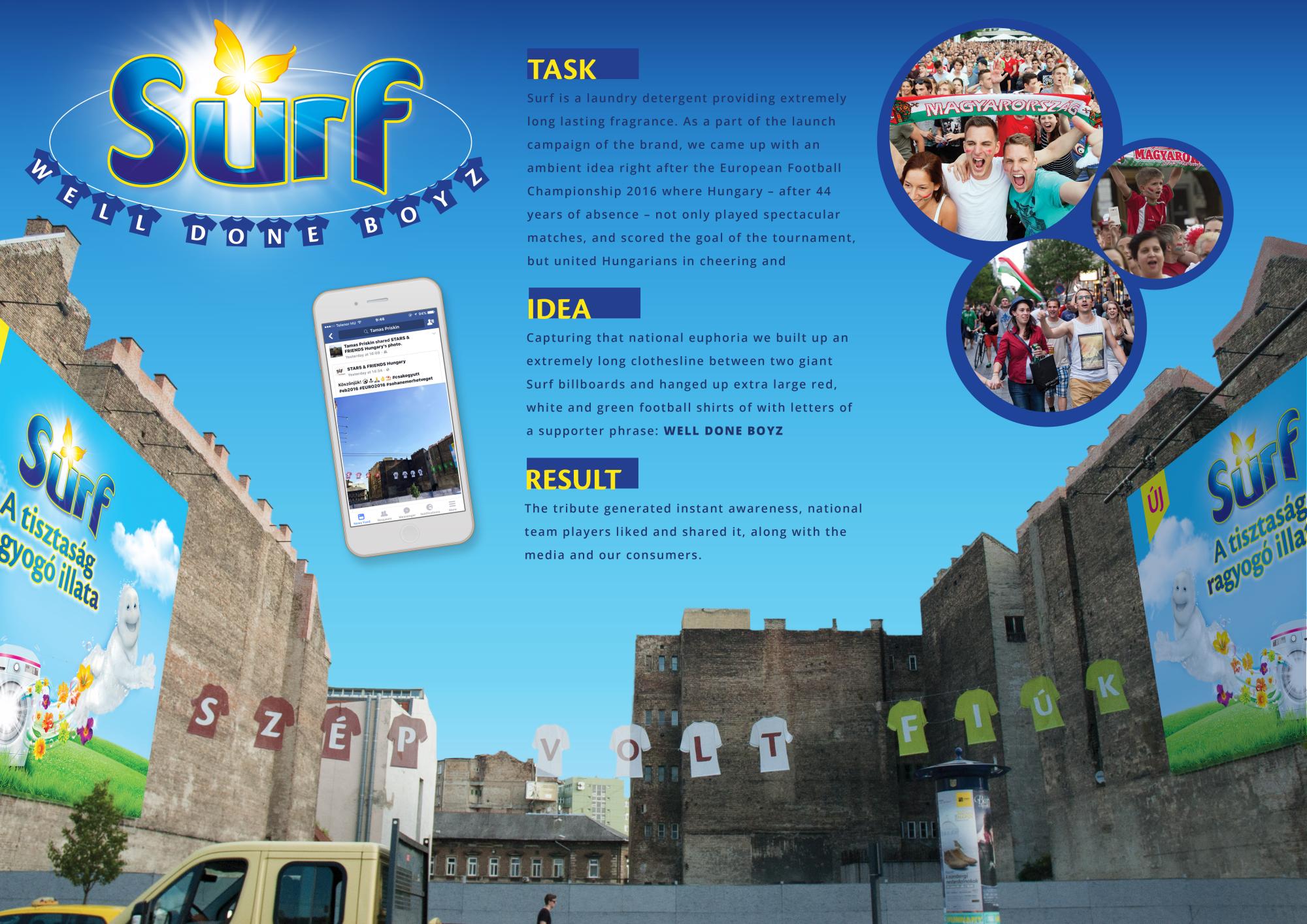 Surf is a laundry detergent providing extremely long lasting fragrance. As a part of the launch campaign of the brand, we came up with an ambient idea right after the European Football Championship 2016, where Hungary – after 44 years of absence – not only played spectacular matches, and scored the goal of the tournament, but united Hungarians in cheering and celebrating like never before. Capturing that national euphoria we built up an extremely long clothesline between two giant Surf billboards and hanged up extra large red, white and green football shirts of with letters of a supporter phrase: WELL DONE BOYZ. The tribute generated instant awareness, national team players liked and shared it, along with the media and our consumers.